Tonight Arsenal plays against Norway side, Molde, at the Emirates Stadium.

Looking like an easy game in wich a win would decide who will be one the first place of the group. Of course it looks like an easy task for Mikel Arteta’s side,

especially after the win after an old rival like Manchester United at Old Trafford. Arsenal, actually are one of the favourites to win the Europa League, wich they have never won.

Some of they rivals like the neighbours of Tottenham, italian side of Napoli and few more favourites to win the competiton “lost their focus” on the first 2 fixtures of the campaign.

Only time will show us if Arteta has brought at Arsenal the winning mentality and bring an european trophy wich fans would love. They will always be after they team and they deserve much more than this, it’s shame they won’t be on the stadium tonight but let’s hope that they will enjoy this match in this hard times.

Arsenal Times bring The Success Story of Emile Smith Rowe, biography, parents, net worth, and football qualities of a boy from South London who won Arsenal fans’ hearts across the world.

His father is Leslie Rowe, once a semi-professional football player, and his mother is Fiona Rowe.
He relocated to north London with his parents and brother when he was signed by Arsenal in 2010. 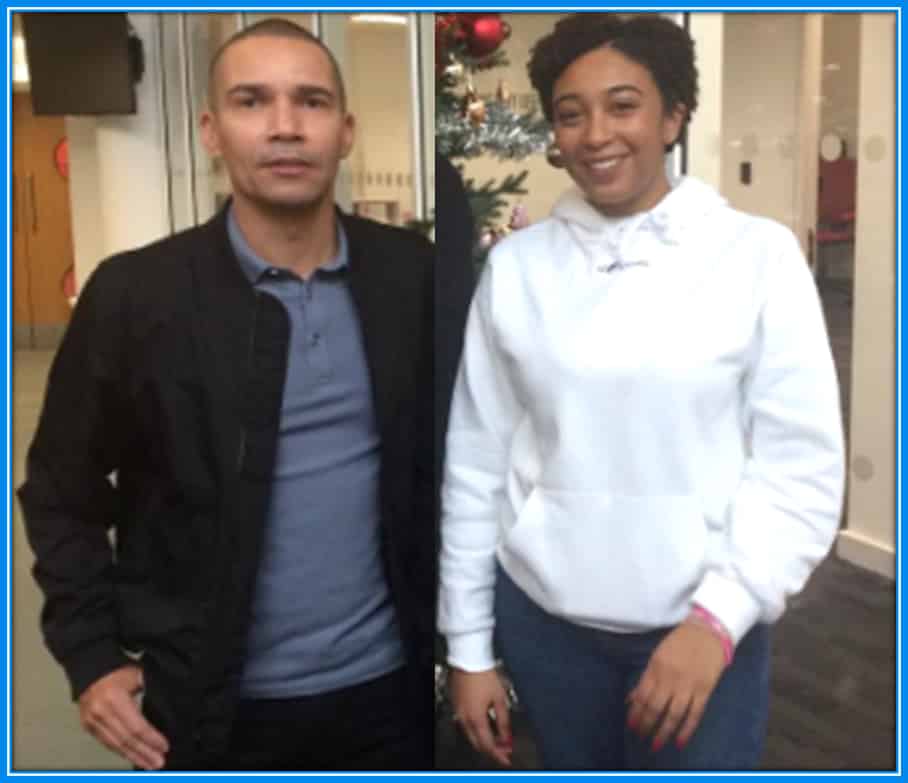 Smith Rowe is known for his creativity and technical quality, with an eye for goal. Filled with energy and work rate, and come alive on the ball.

He does not look quick but he is and it is with the ball which is brilliant,
naturally glides across the ground and he takes the ball in his stride,
he has good vision and a good understanding of the game.

He is compared to Kevin De Bruyne, from whom he took the nickname ‘Croydon De Bruyne’. 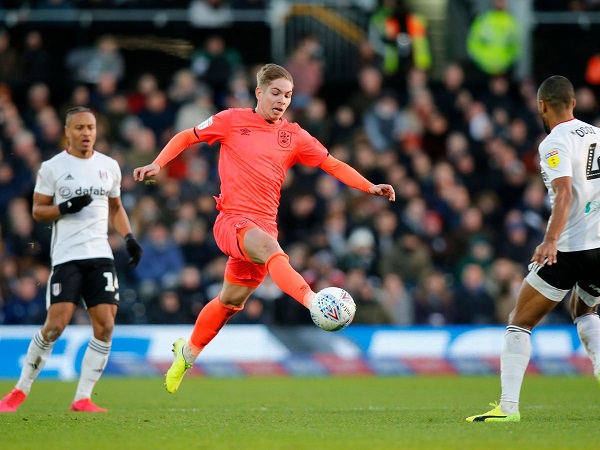 Smith Rowe joined Arsenal’s Hale End Academy in 2010 at the age of ten.
Aged 17, he joined the senior team for their pre-season tour of Singapore in July 2018.

Smith Rowe signed a new long-term professional contract with Arsenal on 31 July 2018,
when he was described by head coach Unai Emery as having “lots of potential”.
The length of the contract was not disclosed by Arsenal, but it was reported to be a five-year deal.

Emile Smith Rowe made his Arsenal first-team competitive debut on 20 September 2018 against Vorskla Poltava in the UEFA Europa League, coming on as a second-half substitute for Alex Iwobi. His appearance was the first Arsenal professional debut by a player born in the 2000s.

On 31 January 2019, he joined RB Leipzig on loan until the end of the 2018–19 season.
After signing the loan deal RB Leipzig discovered Smith Rowe was not fully recovered from a groin injury.

Due to his injury issue, he has only played a total of 28 minutes in three substitute appearances during his time at RB Leipzig. 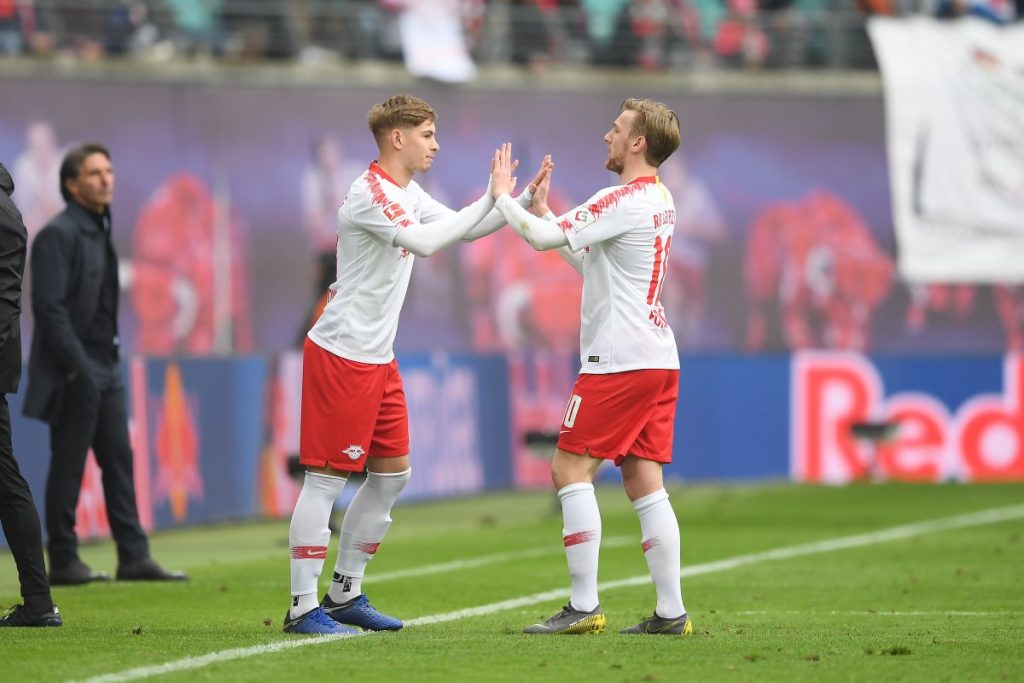 On 10 January 2020, Smith Rowe joined EFL Championship side Huddersfield Town on loan until the end of the 2019–20 season.

Smith Rowe’s performance at Huddersfield Town caught the eye of many.
In particular, in his final home appearance for the club, he scored the winning goal at the 86th minute against West Brom that would eventually help Huddersfield Town to secure EFL Championship safety. Following his return to Arsenal in 2020, Smith Rowe struggled with injuries before returning to fitness in the autumn. Although he performed well in Arsenal’s Europa League group fixtures, scoring or assisting in each of his matches, he did not start any of Arsenal’s matches in the Premier League in October or November. Following Arsenal’s worst league start in decades, manager Mikel Arteta entrusted Smith Rowe with the number 10 role, replacing Willian Borges, on Boxing Day against Chelsea, helping to inspire a 3–1 home win to end the club’s poor run of form.

Smith Rowe: “I had a knock on my hotel room door on the day of the game. And it was one of the coaches telling me the manager would like to speak to you downstairs. I was thinking, am I in trouble, have I done something wrong. I went down and he [Arteta] was sat down in a chair and he’s basically looking at me saying I’ve got good news for you, you’re starting tonight against Chelsea.”
“He had the tactics board in front of him and showed me where I was playing and what I should do. He gave me so much confidence.”

In his next 5 games, Emile Smith-Rowe recorded 3 assists and scored a goal in a FA Cup 2-0 win against Newcastle United.

Martinelli about to start, Partey still not ready, Mikel…

Arsenal will face Rapid Wien tonight, and fans can’t wait for Gabi to start, even though it’s not official…

Martinelli is back in full training and is expected to play for a game with the club’s U23, while Thomas Partey is still unavailable to play..

Mikel Arteta gave us some injury updates on players which are expected to start any time soon..

“Martinelli is a guy who gives it all he can,
you see him training and everything he brings to the team ,his energy, his passion, his motivation..
Gabi’s pressing brings something different to the team and we need players like him.- continued the Spaniard.

He’s ruthless in training in every single action,
at the end that gets translated to what happens on the football pitch and over time you will be stable.
Mikel Arteta said that Martinelli  still needs time.
Patience, but he’s a positive guy to have back on the team because he’s such a character.

He’s been training separately in the last week or so and Arsenal  have to scan him again to see how he’s feeling.
“Partey is a player that is so willing, that is pushing us every day and he wants to do it.”

The boss said that first they have to make sure that when he gets back in the team,he is ready to do that
and to whatever extent of minutes we can use him.

So it’s going to be crucial with the moment he starts to train with the team to see how he is feeling and how he is evolving day-to-day.
That means Thomas could be out longer than we expected..
Arteta even said that Partey is so excited to be a part of the team, he can’t wait to play against Tottenham.
Fans must be happy with those words..

on Calum Chambers and his possibility to return for the first team..

“He’s evolving really well. “
He’s played some minutes with the under-23s in recent weeks…
It’s been a long injury and we know that injuries like that take a long time to get your body, although Chamber seems to feel good after all.
But Mikel said that that now he’s very close to returning to play…
Keep reading

What happened with Arsenal’s captain while being away?

Arsenal’s players had been called up for international duty as the international break came through , and Aubameyang was one of them.

As you let a player go, you expect them to feel comfortable and chilled while being away from the club.
Well, the Gabonese team didn’t afford to do that to their captain…

The national team flew to Gambia in preparation for their African Cup of Nations qualifier.

But, the team were forced to stay overnight in Banjul airport,
while authorities withheld both their passports and coronavirus test results.

The delay had already begun before Aubameyang’s first post at 11.30pm.

After further  images of teammates sleeping on the airport floor,
Gabon were finally on the bus to their hotel at 5.56am, less than 12 hours before kick-off.

Gabon's players – as documented by Arsenal captain Pierre-Emerick Aubameyang – spent the entire night in Gambia's Banjul airport ahead of the crucial AFCON qualifier between the two nations today. Authorities withheld their passports & Covid-19 test results to delay them. pic.twitter.com/IGtfKssAbg

Aubameyang captured everything that happened as he was waiting in the airport with his teammates
and  then stated he was more than  motivated for their upcoming  game.

What did Aubameyang make of that game

Aubameyang’s Gabon side are still in with a chance of reaching the final tournament,

But the Gunners have been more than sure  but to forbid the striker from representing his country ever again.

Unfortunately for Aubameyang after being so positive about the match ,
he failed to score as Gabon lost 2-1 to the home side.

His international representing team is currently in Group D with seven points .
The captain  said that he was more than proud  about the teams performance even if they lost , it didn’t matter.

The club called Pierre-Emerick Aubameyang and they had a pretty intense conversation between.

After seeing him in those conditions, it’s over,” Gabon boss Patrice Neveu, told Canal Plus.

They won’t let him come again, and it will be the same for players from other clubs. It’s understandable.

They are high level players and when they come on international duty, they need to have a minimum of comfort.”

Even the boss itself accepted that the lockdown in the airport was not necessary and he feels bad about it.

It seems that the club is able to prevent Aubameyang to play for his national team at the tournament, but it still remains with no final decision.